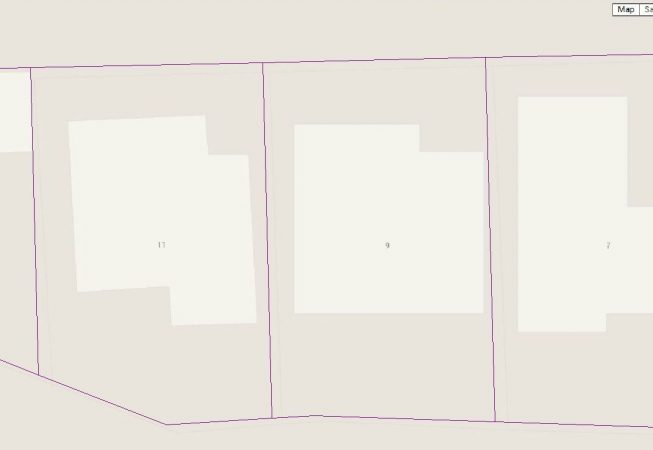 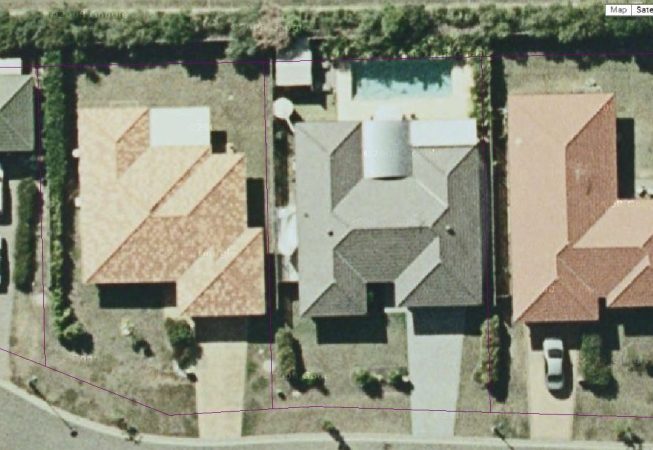 PEN3D includes Google Maps to assist with the speedy development of noise models.  The positional accuracy of Google Maps should be considered when developing noise models.  For large scale noise models, i.e. covering several km the small differences in noise may not be significant.  However, when developing small scale models, then providing all the model is developed based on the features contained in the aerial photo then the relative position of the features are very accurate.  The main issue arises when integrating data from alternate data sources.  For instance, integrating a terrain model from a surveyor may have a higher level of accuracy than Google maps.  In this example we have included a Property Boundary Database (PBD) (a very accurate source) and compared this with Google Satellite photography and Google Map view.  For this particular model the relative differences between the PBD was consistent over the small area of the map although the boundary fences are approximating 2.4m from the reference model.